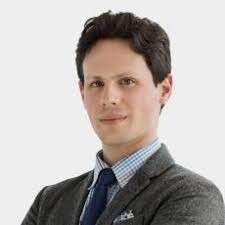 Super exciting news that literary agent, Mark Gottlieb, of Trident Media Group in New York registered with MyManuscripts this month looking for a new writer to work with and represent to publishers. Welcome Mark, we are delighted you’ve joined!

Mark Gottlieb is excited to work directly with authors, helping to manage and grow their careers with all of the unique resources that are available at book publishing’s leading literary agency, Trident Media Group. During his time at Trident Media Group, Mark Gottlieb has represented numerous New York Times bestselling authors, as well as award-winning authors, and has optioned and sold books to film and TV production companies. He previously ran the agency’s audiobook department, in addition to working in foreign rights. Mark Gottlieb is actively seeking submissions in all categories and genres and looking forward to bringing new and established authors to the curious minds of their future readers.

Trident Media Group (TMG) is a prominent literary agency located in New York City and represents over 1,000 bestselling and emerging authors in a range of genres of fiction and nonfiction, many of whom have appeared on the New York Times Best Sellers Lists and have won major awards and prizes, including the Pulitzer Prize, the National Book Award, the National Book Critics Circle Award, the P.E.N. Faulkner Award, the P.E.N. Hemingway Award, The Booker Prize, and the L.A. Times Book Award, among others. TMG is one of the world’s leading, largest and most diversified literary agencies.

For more than ten consecutive years, TMG continues to rank number one for sales according to the publishing marketplace in North America. TMG is the only U.S. literary agency to consistently be in the top ten in both UK fiction and UK non-fiction and has ranked as highly as number one in UK fiction deals.